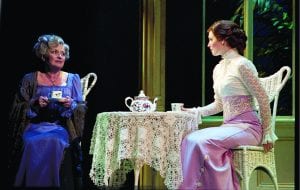 Hannah Campbell Grant Gordon was born in Newhaven, Edinburgh in 1941. Blessed with such a well-known Scottish name, you could be forgiven for thinking she has an association with soup, whisky or indeed gin, but none of it. Hannah was only nine years old when her mother died of a heart attack and two years later after a long illness, her father died. She was sent to live with a bachelor uncle who sent her off to St. Dennis School for Girls, a boarding school in Edinburgh, now closed. She remained there until she was 18. Hannah always wanted to go to university but to do so required two lowers and three highers, equivalent to our O and A levels. Not liking science and failing math’s, scuppered her chances. She took elocution lessons and threw herself into theatre. “I took a chance and went to drama college and don’t regret a minute of it.” She trained at the Glasgow College of Music and Art and was awarded the James Bridie Gold Medal in 1962. Her early stage career included performances at the Repertory Theatre in Dundee and the Glasgow Citizens’ Theatre. “I used to do a huge number of plays spread over a few months but it was really enjoyable.” She made her first TV appearance in 1965 on Johnson Over Jordan and guest starred in Dr. Who the same year.

Hannah met her late husband, cinematographer Norman Warwick on the set of Spring and Port Wine in 1969. He died in 1984 and they have a son, Ben Warwick who is also an actor. She still has a slight Scottish burr even though she has lived in Surrey for over thirty years. “I came to London in the 1970s because the big work was here. I used to alternate between the television and the stage.”

She is undeniably an extremely successful actress on both stage and screen. Her films include Watership Down and The Elephant Man.

However, she is perhaps best known for her television roles in Upstairs, Downstairs, My Wife Next Door, Midsomer Murders and Watercolour Challenge (the Channel 4 art competition she hosted for three series in 1998). She regularly narrates for the radio but her true love is theatre. “Opening nights are fantastic – such a sensation. They can also be horrendous though – you want the floor to open up. A good audience is such a joy to

work with but a poor one is a nightmare.” Not only does an actor or actress have to learn their lines off by heart they have to overcome certain pitfalls suggests Hannah. “For a performer, there are two dangers – not knowing your lines well enough and knowing them too well because you will make a mistake – one way or the other. You can be going on auto pilot and thinking what you’re going to be cooking for dinner and then suddenly make a mistake. I’m lucky it hasn’t really happened to me but I know actors who have slipped up. The great thing about this profession is that you never know what is going to happen next. One day the phone rings and it changes your whole life.”

Hannah has played Mrs. Higgins in the Cameron Mackintosh production of My Fair Lady. “I alternated with Honor Blackman depending on where in the country the show was performing,” she recalls. “I’m not a great fan of long runs, boredom can set in but this was a lovely role and Cameron Mackintosh is a gent of the theatre – a great man to work with.” She has also played Ophelia in Hamlet, Desdemona in Othello and, Eliza in Pygmalion, George Bernard Shaw’s original 1913 play that My Fair Lady is based on.

Tim Saunders is an author, journalist and businessman. He meets celebrities, goes on holiday and road tests cars.